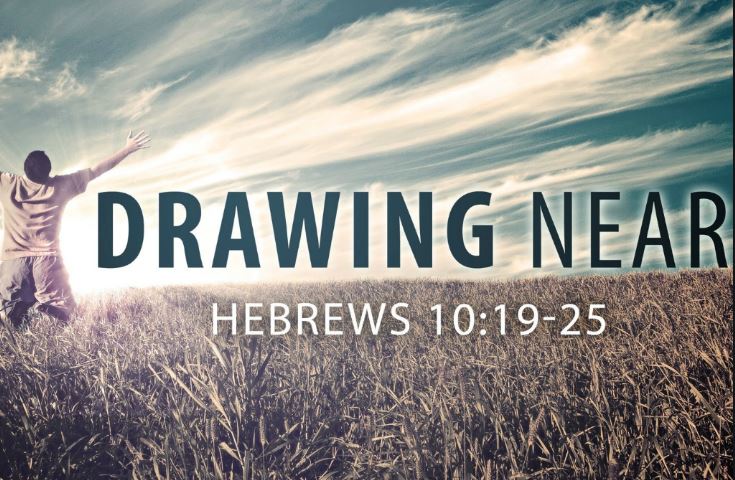 The new year is only two days old. Who’s excited about 2011? It’s often a time to make new starts. Have you heard about New Year Resolutions? You eat a lot of chocolate at Christmas and get little exercise. Then you say, “I’m going to stop eating chocolate, and have one hour’s exercise.” And the resolution lasts a year? Well, maybe a few weeks at best. Today I’m going to talk about New Year Resolutions. But with two slightly different emphases. One: it’s not about what I can do for myself, but for my relationship with God. And two: not a wish, but a commitment. Later, in the discussion time, we’ll think about one specific thing that we can do to get closer to God.

One of Jesus’ main messages recorded in the Bible was this one: Μετανοεῖτε, ἤγγικεν γὰρ ἡβασιλεία τῶν οὐρανῶν. “Repent for the kingdom of heaven is near.” Let’s take that first word ‘repent’. Repent means to turn around, to make a new start. We stop living for ourselves, and do what He wants.

So because it’s not seen with physical eyes, we need to seek. Seek means to look for. Let’s seek God this new year. A classic story of seeking is found in a story that you heard just a few weeks ago. It’s found in Matthew 2. (We proceed to read it together). There are three groups of people: King Herod, the people of Jerusalem and the wise men. And they all respond to the King of the Jews, baby Jesus, in a different way. The wise men truly seek Him; King Herod seeks him, but to kill him. But the people of Jerusalem don’t care. The wise men saw the star and paid careful attention to it. Then they got up and went all the way from the east to Bethlehem. They looked beyond the little baby and saw that here was the true King. King Herod’s behaviour, you can understand. He didn’t want a competitor. But the sad thing is how the people of Jerusalem responded. They had been waiting for God’s Messiah for many years. And now he was right before them. But they missed it. It seemed that they were content to live under Roman rule, with Herod as their leader. Even when the wise men said that they had seen a star indicating a new king, and they knew the prophecy, they didn’t seek. The real King wasn’t the one dressed in royal clothes beside them. The real King was dressed in swaddling clothes and lying in a manger close by. But they were disturbed. The word here is ταράσσω. It has the idea of being confused, restless and very unsettled. It’s the same word that is used when Jesus was later praying in the garden just one day before his death on the cross.

There were times last year where my mind was troubled and confused. Paranoia. At the English Academy where I used to work, there were times when if I made a mistake, I would be afraid that a student would tell the manager, and that I would lose my job as a result. Often I would be paranoid while driving. Once I was texting in the car. And I saw a lady in the car next to me watching me. I was so worried that she would call the police! A few times, especially at night, if I drove over 60km/h, I would worry that the car behind me was a mufti police car. And a few times at church, while leading the worship, I felt like everyone was looking at me and judging me after I made a mistake. On one of those occasions I was asked to lead a group discussion afterwards. It was a very difficult experience. I was disturbed, and I had to seek the King. I decided to commit myself, as I had done years before, to memorising the New Testament. I started in Matthew, and am now half-way through that book. Whenever I can I recite: on morning walks, in the shower, while driving. As I’ve drawn closer to God and filled my mind with His Word, I’ve sensed his presence and peace much more often, and this has helped me with my thinking patterns tremendously.

God will not reveal himself if we are not seeking him. Salvation came to the one who climbed the tree. Healing came to the woman who touched his cloak. God is not like a Father Christmas. We can’t make God give us something. God is not like a genie. We can’t boss God around and make him do what we want him to do. We should seek Him for what He wants.

God’s got much more for us. A number of years ago, I was stuck in Wellington airport after my flight had been cancelled due to poor weather. Well, one of the officers there gave me and a few of my friends a voucher that entitled us to go to a café and have as much as we wanted! I went and had some pizza and a drink. And the lady asked, “Anything more?” So I had some cake. “Anything more?” she continued. So I had some coffee. God has got more for us. Let me give you another illustration. (At this point I take two plates, one with five sandwiches, and one with only crumbs, and offer them to Ashish). “Ashish, which one do you want?” Naturally he points to the one with the five sandwiches. I ask the audience, and they too, of course, agree. Let’s not be satisfied with a few crumbs, but take hold of all that God has for us. This year, will we seek, will we come nearer to the one who has come near to us?

What Should I Lived For

God Healed and Changed Me – Michiko

The Website is currently under construction. More contents are coming. Sorry for the inconvenience.Ok