An atheist’s journey towards God 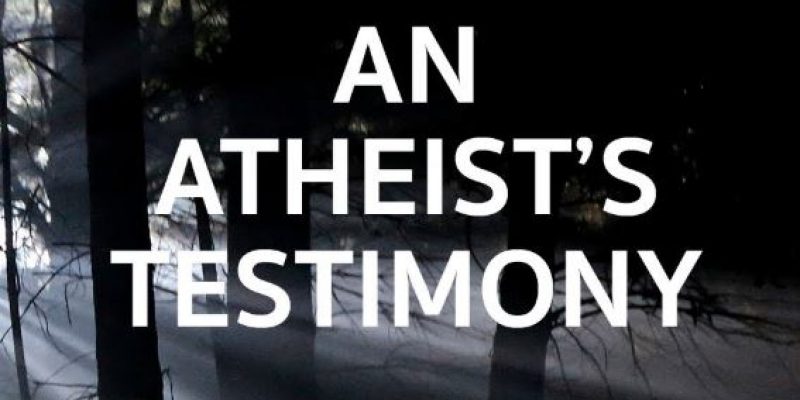 I used to be a real cynic, doubting the worth of any religion. Growing up, I was deeply interested in the world of science, for I was amazed that the world operated like a finely-tuned machine. Everything had to have an explanation, so I quite naturally majored in science in school. But what they taught me firmly turned me into an atheist.

I studied hard, and after many years got into one of the top schools in Taiwan. But the first year I was undisciplined, and failed many subjects. Because my worth was completely based on my achievements, I was devastated. It was like I wasn’t worth anything anymore!

However, my sister was going to a church at this stage. She had learned about prayer and suggested. I try praying to God for guidance. I listened to her but could not agree!

But one particular evening, I felt really, really down and sad. Feelings of failure and isolation crashed down on me. I couldn’t stop crying so I couldn’t get to sleep. I also developed a bad chest pain. I was hurting all over.

I then thought of my sister’s encouragement to pray.
I thought: “Shall I do that?” With little enthusiasm I began to say: “God, IF you are there, help me!” Suddenly, the pain in my chest pain was gone! I stopped crying and I checked and checked. (There was still a scientist in me!), But the pain was really gone! It was so sudden, so I couldn’t have just “thought” myself into it!
I then began to think seriously. Yes, I guess many things can be explained by a Creator God after all…

And a God who made heaven and earth could also have made the things around me both beautiful and logical. Because, aside from God, there are things we can’t see either – like reason and love – that really exist – as real as physical objects!

Later I moved to New Zealand and began to attend a meeting with Christian students who told me about Jesus. Eventually I decided to ask Jesus to forgive my sin and decided to follow Him. Then I made a discovery. After I became a Christian and began to read the Bible, I slowly began to feel a love in my heart that could only come from a loving God. I came to realize that I have value quite separate from my achievements. This was a total revelation to me!

I have now left the dark place where I was told: “You are useless and a failure!” and I have come to much hope and joy in God. I’m still learning to find even more of that identity in God, every day. The love and the grace of God is too wonderful for humans to really understand, but it is real!

Would you like to know more? If so, please come along to Global on Sundays at 10.30am and find out more about Jesus and why He is The Way, the Life and the Truth.